There are numerous music artists around the globe, and new ones are presented every year. Certain nations have made more advancements in the music industry than others, whether as a result of cultural prejudices or just different ways of expression. India is renowned for its music and artistic traditions, which are seen in several media, including sports, events, and movies. It is expected that the Indian music industry would be valued up to 19 billion Indian rupees in 2021 and 28 billion rupees by 2024.

Kanye West is the world’s richest musician. In addition, he is the first on the list of the top ten wealthiest artists in the world. He has accumulated a fortune from real estate and brand promotion, and his music recordings have sold over 140 million copies.

She is currently the richest female artist and has recently risen to the top of our list. Her commercial pursuits account for a sizable chunk of her fortune ($1.4 billion). In 2017, she collaborated with the French luxury conglomerate LVMH to establish the Fenty Makeup beauty brand. She extensively uses her massive social media following for marketing her companies.

Jay-Z is still regarded as a musical titan. Jay-Z married Beyonce Knowles, a pop star like himself. His reputation and abilities as a rapper are incalculable.

Andrew Lloyd Webber is a $1.2 billion businessman and one of the world’s best and most well-known artists. He is also an adept composer, theatrical director, lyricist, television personality, and businessman.

Paul McCartney is a gifted multi-instrumentalist who has created 32 songs that have reached the top of the Billboard Hot 100. This has won him a place in the Guinness Book of World Records, and he is believed to be worth $1.08 billion.

Puff Daddy, sometimes known as P-Diddy, controls Bad Boy Entertainment’s musical company and is responsible for launching the careers of singers such as Mase and the Notorious BIG.

He derives a substantial portion of his fortune from music, his Sean John clothing line, perfume line, and MTV popular program.

With 28 total Billboard chart appearances, Hubert Alpert (and the Tijuana Brass Band) earned five #1 album to their credit. His other notable accomplishments include 15 Gold albums, 14 Platinum albums, and 9 Grammy Awards.

His overall sales in the globe reach 72 million! Alpert’s great riches is increased by the fact that he is the “A” in A&M Records.

Madonna is renowned for being the Pop Queen. She is still acknowledged as one of the top singers and composers in America. She is a Golden Globe-winning actress who is also said to have a $850 million net worth.

American rapper Ander Romelle Young is a gifted musician who can play a variety of instruments, including the piano, synths, and samplers. Dr. Dre is the CEO of Beats Electronics and Aftermath Entertainment and has an estimated net worth of $820 million.

She has sold more than 200 million records, making her Canada’s wealthiest musician. She capitalized on her massive success from the Titanic soundtrack, popularized auto-tune (for better or worse), and rode that wave all the way to the top ten! 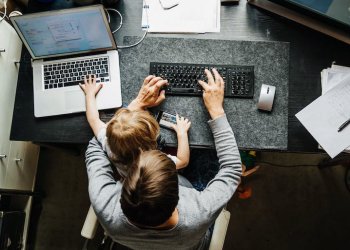