Get the list of the top stocks to buy at $5 right now. We will explain why they are worth investing in and what profit you may get in the near future.

These sub-$5 stocks are promising to make big moves in the coming half-year of 2021.

A lot of investors like dealing with low-priced stocks. A stock trading for $5 per unit or less inherently seems cheaper than higher-priced rivals. For the cost of one share of Tesla stock, for example, an investor could purchase several hundreds of shares in cheaper stocks. It’s clear that initially, investors need to look at the total market capitalization and only then at the rated share price when considering a possible buy.

Frankly speaking, many traders prefer cheap stocks, and thus it’s necessary to mention the best options available. Generally, when stocks begin trading for less than $5, it means that the business is experiencing hard times. If this company succeeds in overcoming the troubles, they can get back many multiples of their entry price. Here is the list of seven cheap stocks to buy for less than $5 that have everything to multiply shareholders’ returns.

Founded in 2013 and based in Louisiana, Waitr Holdings manages food delivery services across the U.S. Compared to its rivals, Waitr focuses on small cities, where it is easier to gain a significant market share and reduce marketing costs. The company benefited tremendously due to last year’s delivery overload. Indeed, Waitr actually turned a profit, which is not a typical phenomenon in the home delivery industry.

Investors are interested in whether Waitr will be able to keep up with its more robust competitors. However, that’s the reason why the stock is trading around $2. Currently, Waitr is still increasing revenues even though their permanently stay-at-home customers leave. Waitr has an excellent opportunity to become a decent market participant in the delivery industry or be a target for an acquisition by a more authoritative competitor.

In 2018 its shares were trading for $30 per unit. Unfortunately, several dramatic bounces of the economic state and the COVID-19 pandemic caused the stock to fall as low as $1.53 per share last year. The stock has returned to around $2.20 and now has enough space to improve.

Today Supervielle is among the cheapest stocks traders both in terms of price and valuation. There is an upside from a fundamental viewpoint as well. Argentina is a prominent exporter of base metals such as copper. The cost of these metals has risen this year, thanks to the current inflationary wave. Furthermore, this autumn, the upcoming Argentina elections could weaken the country’s ruling left-wing party, offering a more favorable business climate for Argentina’s bank development.

Dogness Corporation is engaged in designing, producing, and distributing pet-related products to major retail stores and wholesalers worldwide. The company provides leashes, collars, handles, and other specialty products for pets, while its flagship line represents high-quality goods for intelligent care for cats and dogs. Dogness’ feeding accessories have cameras to look after pets remotely, monitor how often they eat, keep an eye on the amount of food remaining, and so on. Dogness released an app so users can follow their pets’ habits and make sure everything is under control. A smart drinking water dispenser provides fresh water every time a pet needs it.

Despite its promising innovations, it’s still unclear if Dogness’ product line will be a big enough business to make Dogness outstanding. Last year, for example, Dogness lost $7 million out of $20 million of revenue.

Nonetheless, Dogness has recently signed distribution agreements with large retailers, including Costco Wholesale Corp. That could be the turning point to get Dogness to success. By and large, talking about the potential, Dogness is moving in the right direction. The time is near when Dogness can become appealing to Reddit traders.

Most stocks connected with travelling, going out, and lodging have already been returning their positions. Online travel service Trivago hasn’t joined the fun yet. Recently the stock has risen a bit, but it’s still turning around $3.50 per share. The price dropped to more than 80% from its peak point in 2017. Besides, because of the pandemic, Trivago had to cut down many jobs. In March 2020, sales fell by 95% compared to the previous year. Trivago spent a lot of its efforts on online marketing, public relations, and brand marketing. It also tried to expand internationally at an incredible pace and may have lost the focus on its primary targets.

In general, investors doubted if Trivago would ever become profitable.

Nevertheless, the pandemic gave Trivago the temporary opportunity to reduce costs. With the suspended demand for traveling, Trivago can use last year’s crisis as a ground to get back to the game. In 2017 Trivago launched its initial public offering at $12, and after some time, the stock grew up to $20, so there’s much space ahead from the current modest share price if the company can profit from the travel boom.

Ambev is a publicly traded subsidiary of worldwide brewing giant Anheuser-Busch InBev. It is one of the biggest companies by market capitalization in Brazil and the overall Southern hemisphere. Ambev mainly targets the South American and Canadian markets. Ambev has given in to other brewing producers in recent years, primarily because its main markets – such as Brazil – have plunged due to dropping prices for oil and other natural resources. Nevertheless, the prices for oil and metals are all going up this year. This should encourage the economic prospects for core Ambev markets like Brazil and Argentina.

Meanwhile, Ambev has a sustainable net cash position on its balance sheet, letting it overcome current shakes. Besides, it has more than 50% market share for beer in multiple markets, including Brazil. ABEV stock has dropped from $7 per share to less than $4 in recent years, but it could get back rapidly when South American economies renew. The World Cup 2022 could also give a considerable push to elevate the share prices.

National CineMedia is an American cinema advertising company. NCM presents cinema advertising across a digital in-theater network and is primarily known for displaying the ads that appear at cinemas before films begin. Nowadays, NCM is trying to penetrate other fields, such as ads for interactive tablets and menus at catering. Needless to say, this business suffered dramatically in 2020. Nevertheless, things are looking better as cinema enthusiasts return to the cinemas.

And talking about those cheap stocks of NCM, it’s necessary to mention theater chain AMC Entertainment (that after acquiring Odeon Cinemas, UCI Cinemas, and Carmike Cinemas in 2016, became the world’s largest movie theater chain). AMC shares were offered for just $2 about a year ago, and they’re now up hundreds of percent since then. AMC’s revival is likely to increase interest in cinema, as shareholders support their precious business. Furthermore, traders that enjoyed considerable profits in AMC may also be prone to AMC’s core advertising partner NCM as the next reasonable stock to get.

Invesco Mortgage Capital operates as a real estate investment trust (REIT). The Trust acquires, finances, and manages residential and commercial mortgage-backed securities and mortgage loans. This is a profitable business in normal circumstances, and REITs can usually make 8%, 10%, or even higher dividend yields for shareholders. Unfortunately, COVID-19 became a disaster for the industry, and Invesco Mortgage Capital had a near-death experience. Mortgage payment restraint caused REITs not to get paid promptly, which provoked operating losses and dividend reductions. As a result, Invesco Mortgage Capital stock dropped from $17 to $2.50 per share.

Now, however, IVR is recovering. The share price is up noticeably, and the company managed to increase its dividend this year. However, Invesco Mortgage Capital is a much more prudent company than previously, and as a general rule, such business models prefer increased safety to faster growth. Consider buying Invesco Mortgage Capital based on its current 8.8% dividend yield, not on hopes that it will soon become a $16-per-share stock again.

In conclusion, we would like to emphasize that many of the stocks trading under $5 today are there for a good reason and shouldn’t be avoided at all. It is forecasted that the stocks trading under $5 per share have significant valuation upside. Undoubtedly, investing money in any cheap stock requires a crucial study of a stock’s valuation, the company’s financial recovery, business model, and long-term potential. 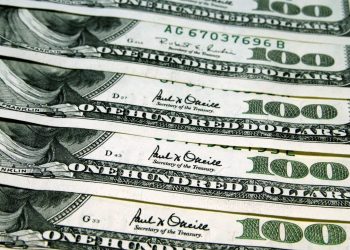 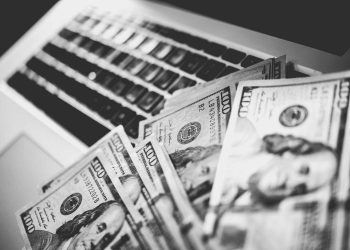 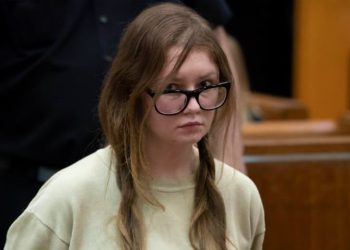 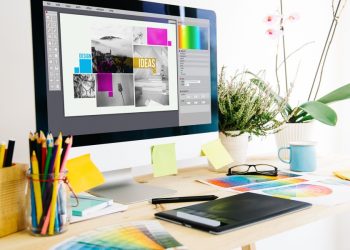